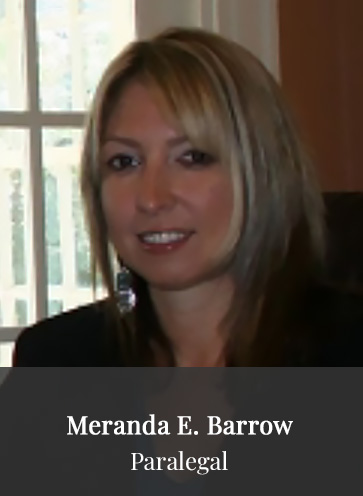 Meranda E. Barrow was raised in Stokesdale, North Carolina. She attended Northwest Guilford High School and continued her education at The University of North Carolina at Greensboro where she graduated with a Bachelor of Arts degree in 2003. Meranda received her certification as a North Carolina State Bar Certified Paralegal in 2007.

Meranda interviewed for a position to work for James M. Roane, III in 2004 and was hired shortly thereafter. Since then, Meranda has continued to work as a paralegal to Mr. Roane with a focus on civil litigation and nursing home negligence.