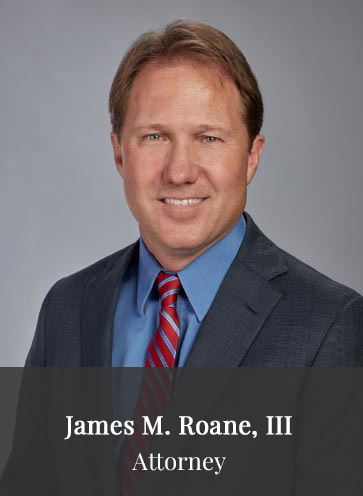 He went on to earn his J.D. in 1999 from the Wake Forest University School of Law in Winston-Salem, NC. While in law school, James earned several honors including Most Outstanding Advocate from the North Carolina Academy of Trial Lawyers, was a regional winner on the National Trial Team as well as the Elite Eight in the National Competition in San Antonio, Texas which placed him among the top eight teams in the national competition.

A Passion for Teaching

In addition to running a successful law firm, James currently serves as Adjunct Trial Practice Professor at the Elon University School of Law in Greensboro. His responsibilities include instruction of foundational trial skills and advocacy to law students, a role he finds fulfilling and one which challenges him to continually seek new approaches to this craft.

Another role in which James was able to provide professional guidance was as a member of the Search Committee for a new dean for the Wake Forest School of Law. In March 2007, his input as a graduate and as a practicing legal professional helped the committee find a new dean to guide the law school into the future.

In every endeavor undertaken, James has thrived and has been widely recognized for his efforts. He was named Most Outstanding Advocate by the North Carolina Academy of Trial Lawyers while in law school; “Legal Elite” 2007 named him top attorney in North Carolina under the age of 40 after he was chosen by a poll of over 17,000 licensed attorneys in a poll taken by BUSINESS North Carolina Magazine; and in 2008, the North Carolina Advocates of Justice awarded him their coveted Order of Service Award.

Professionally, James remains active in publishing and speaking. He has been featured in local newspapers and various news stories. James is also a popular and charismatic speaker, who has spoken at many events, including being asked to speak at his high school’s graduation. James speaks to groups on such topics as disaster preparedness for nursing homes, the arbitration of a nursing home case, expert witness rules and special considerations in nursing home cases, and basic nursing home negligence.

James has had many verdicts and settlements published in Lawyers Weekly including a $3.8 million dollar recovery for a terribly injured young woman. Finally, James has been a continuing legal education speaker for North Carolina attorneys more than eight times on topics such as nursing home abuse litigation, trial presentations, and car wreck cases.

James is married to Sarah Roane, also a practicing attorney. In addition to being a devoted husband and father of two kids, James enjoys recreational volleyball, bicycling and coastal fishing.