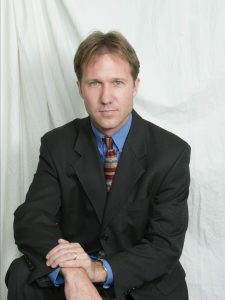 What Made You Want to Become a Personal Injury Lawyer?

I was in a very bad wreck myself. I broke my neck and had to wear a “halo”, which is an external fixation device. My medical bills were adding up and I couldn’t work. I was sad, somewhat depressed and, to top it all off, the insurance company for the other driver was dragging their feet on my claim. I decided to fight back. After a year of fighting, I finally got the insurance company to pay. I also applied to law school and went that very next year to Wake Forest Law School.

For nearly 20 years, I have been fighting for people who have been severely injured. I became a personal injury lawyer because I have been there myself. I made a promise to fight back and help people that really need it. My goal is to just take over for them. Unless you have been seriously injured, you simply don’t know how hard it is to get by. They don’t need the added stress of worrying about their case. So, I take over and make sure that it is done right.

In Your Opinion, What Sets Your Firm Apart from the Rest?

This firm is not a high volume law firm. Our firm takes larger cases with more significant injuries. This allows us to spend more time per case. Complex and high damage cases require this extra time. Also, since we focus on these large cases, we are better at them. We have the legal knowledge and experience to handle them properly.

Tell Us About a Case That You Are Particularly Proud Of:

A few years ago, a young man was working as a temporary worker at a county landfill. While he was outside helping a truck back up, a trash compacting bulldozer went out of its designated area and ran over him. Before this, the landfill had forced all temporary workers to sign contracts stating that they were not employees. However, when I filed suit, the landfill flipped and then claimed he really was an employee regardless of what was written and now they could not be sued.

We had to fight this case in the court of appeals. We won and got a unanimous opinion. The county landfill then got five law firms and around ten lawyers to join in and appeal the case to the Supreme Court of North Carolina. After fighting for a year, we finally went to argue the case. Our case was the first case that morning. When I got there that morning, I was the only lawyer on one side of the courtroom. On the other side were more than ten lawyers and paralegals who represented almost every major defense group in North Carolina: NC Association of Defense Attorneys, NC Staffing Professionals, NC County Commissioners, NC Chamber of Commerce, etc.

The proudest moment of my career was standing on one side of the courtroom representing a mother who lost her youngest son and looking over at that sea of money, suits and big business. That is what I have always striven to do with my legal career: help fight for the little guy against any odds. We won the case in the Supreme Court, so that made it that much sweeter.