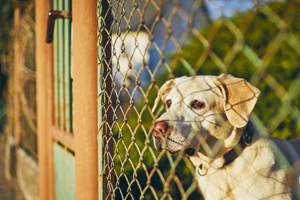 Help For Victims Of Dog Bites

Our most recent dog bite case was heartbreaking. A family was visiting their neighbors home, and they had a pit bull. The pit bull had never attacked anyone, never bit anyone, and had been a family pet for ten years. The family took their five-year-old daughter with them. She had petted the pit bull many times over the years. However, something was different this time.

This time the pit bull attacked her and bit her repeatedly on her hands and face. She was not near the dog’s food, and she just tried to pet the dog. She needed countless stitches and plastic surgeries to help close the wounds. The girl will physically and emotionally be scarred for life. The neighbors were great friends of this family and they too were devastated. They filed a claim on their homeowner’s insurance policy. The insurance company would not pay the claim. It took more than a year of litigation to pay the claim to help pay for the child’s medical bills and future scar revisions.

Even though many people will disagree, pit bulls can be dangerous. At Roane Law, we have handled many dog bite cases and the vast majority of severe injuries involve pit bulls. While smaller dogs bite more often, they don’t do the damage that pit bulls can cause. Just because a person is bit, this doesn’t mean that there is a case. Usually, it takes fairly significant injuries to pursue a dog bite case. Our Greensboro dog bite lawyers have litigated many serious dog bite cases.

Although most domestic pets are friendly, there is always the possibility that something might change the behavior of an animal. In North Carolina, dog bite liability primarily arises when the owner of a dangerous dog doesn’t keep it contained. Across the state, news stories describe dog attacks on children waiting on the school bus or someone walking down the street. Dog bite injuries can result in serious injuries such as permanent disfigurement and scarring, brain injuries, spinal cord injuries, severe blood loss, and even paralysis or wrongful death. If the dog has a history of biting or attacking people, then the owners must take precautions. Dogs are man’s best friend, but sometimes man is not their best friend and chains them up too long or mistreats them.

These dogs can become vicious and innocent people pay the price. There are specific laws dealing with dog bite cases and certain dogs are considered by statute to be dangerous dogs. Call our office if you would like more information. We would love to talk to you for free so that you at least know where you stand. In order to obtain a Greensboro dog bite lawyer that is familiar with the laws in these types of cases, it is best to find one that really understands the laws. At Roane Law, we have the skill and resources to provide you with the type of representation you need to pursue your claim in settlement or at trial.

A suit was filed in Alamance County Superior Court for the suffering of John Richard from the attack of a neighbor’s pit bull. In order to prove that the dog owner was negligent, Attorney Roane had to prove that the owner should have known that the dog was dangerous. He built a case based on several principles. First, the breed of the dog was considered, and since the dog was a pit bull, it fit the categorization of an aggressive breed. Second, if there is a background of aggressive behavior, such as aggressive growling. In this case, the pit bull allegedly killed and ate a deer. The plaintiff is pursuing a large settlement on the grounds that the defendant should have been aware that the dog was dangerous and that the fence was not sufficient protection.

Schedule A Consultation With The Firm

Greensboro dog bite lawyer, James Roane is an experienced attorney who has handled cases with injuries from animal attacks. His legal team at Roane Law will thoroughly investigate and interview any witnesses. Even though our office is in Greensboro, we can drive almost anywhere to come and meet with you. We have handled cases all across Piedmont including Lexington, Reidsville, High Point, Winston-Salem, Burlington, etc. Dog or other animal bites can be a serious matter, contact an attorney at our firm to discuss your personal injury claim.