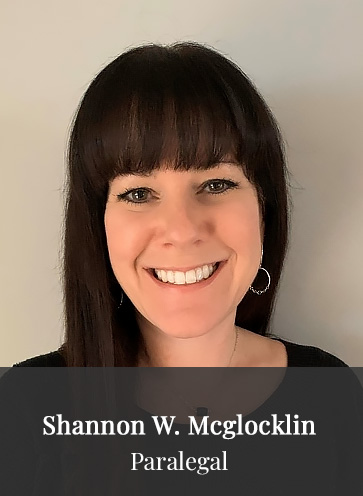 Shannon McGlocklin was raised in Winston-Salem, N.C. She obtained a Bachelor of Arts degree and later a Masters in Elementary Education degree at the University of North Carolina at Greensboro. Shortly after graduating from college in 2001, Shannon began her career in the legal field while also pursuing her master’s degree. Her desire to help injured people in our community continued to grow and she found herself back in the legal profession in 2006 after earning a master’s degree.

For over sixteen years, Shannon has worked in the legal arena with a focus on assisting injured individuals with Workers’ Compensation claims. She has a genuine passion for helping clients get the benefits they are rightfully entitled to.