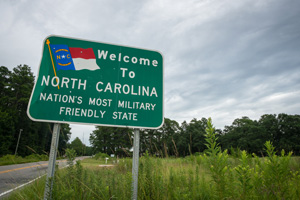 What Happened in Camp Lejeune?

Starting back in the 1950s, the water in some wells at Camp Lejeune was being contaminated by harmful chemicals. One such contaminant was dry cleaning solvent called “PERC” perchloroethylene or PCE. Perc levels were 215 and the EPA limit of 5. Another chemical was “TCE” or trichloroethylene with levels at 1,400 versus the EPA limit of 5. There were various other chemicals in the water as well. Authorities initially denied the chemicals were there, but they were warned repeatedly as far back as 1980 or before. As far back as the 1970s, the EPA called Camp Lejeune a major polluter. Ultimately, more than a million Marines and their families were poisoned by these chemicals. If you want to see a documentary on what happened watch, Semper Fi: Always Faithful on Amazon Prime. The whole reason veterans and their families are even able to get any help is because of the hard decades long fight of a Marine Master Sgt.

Who Can File a Claim Under Camp Lejeune Water Litigation?

Anyone (veterans and family members) who lived in certain areas of Camp Lejeune for at least 30 consecutive days. The main wells that were mainly affected were in Tarawa Terrace, Hadnot Point and Holcomb Boulevard. These are the confirmed areas of contamination.

Do I need a lawyer?

You probably don’t need a lawyer if you just intend to file a VA claim for disability benefits. Go the VA website for more information on disability claims here. You can also fill out a Form 10:10068 and mail it to the VA:

Some veterans are very frustrated with this process. Many have filed for disability for years and been denied. However, things have changed. The U.S. Congress just passed the PACT Act that
has expanded coverage for illnesses and even provided presumptions for coverage if you have some illnesses. You can review a copy of the PACT Act here:  So, you should try again to get benefits.

You probably will need an experienced personal injury lawyer if you intend to file a lawsuit. The Camp Lejeune Justice Act will essentially allow servicemen and families to actually file lawsuits against the federal government for damages. Frankly, this is much more difficult to do, and I am still researching this issue. Once the Camp Lejeune Justice Act (hopefully) is signed by President Biden, you will have two years to file a claim. First, your claim will need to be reviewed by a federal agency in writing. If the review is denied, you will only have 180 days from that denial to file suit. All lawsuits must be filed in the Eastern District of North Carolina. You will need to have all of your medical records, military records, travel records to show you were there during the relevant time periods and any information regarding VA benefits that you have received. At this time, this will not be a class action but will be multi-district litigation. This normally means that there will be a steering meeting made up of attorneys to generally represent common interests of all plaintiffs. I also believe that you will need an attorney to represent you individually. Contact Roane Law TODAY for a free initial consultation.